Emanuele Spizzirri wore a sport coat or suit every day. At an early age, Emanuele was taught the art of tailoring and fashion design through his father Pietro. In 1958, at the age of 26, he emigrated from Italy to the United States… the next day, he went straight to work! Because of his early exposure to the industry, he was able to work for the best and biggest clothiers in Chicago. After garnering more experience stateside, he decided to open his own shop, this time specializing in formalwear. Emanuele, along with his wife Maria, opened the doors to Emanuele Tuxedo in 1975.

Emanuele strongly believed in family values and wanted to continue this tradition by instilling in his son Peter the value of hard work and dedication to the craft. Peter began working at the shop when he was eight years old, picking up pins off the floor by hand. Like his father before him, Peter learned the art at a young age, and understood that one day he would carry on the Emanuele Tuxedo tradition of excellence. 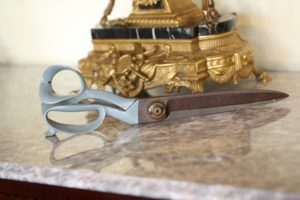 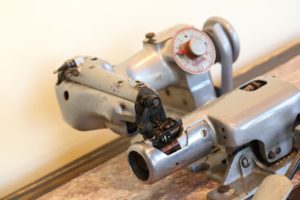 Under Peter’s direction, Emanuele Tuxedo has grown to service Chicago and the surrounding suburbs. Not only has he kept the family oriented atmosphere, he has expanded the portfolio of services by partnering with the finest hotels & wedding coordinators in the Chicagoland area. Peter has also created a one of a kind home fitting, delivery, and pick up service that is convenient and worry free. His personable character and commitment to his customers is evident in all aspects of his work. Peter takes pride in continuing in his father’s footsteps by contributing to making your special day a memorable one!